Welcome to the Home of 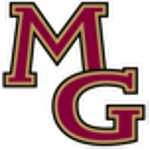 The Maple Grove American Legion baseball team saw its season come to an end Saturday as the team lost 4-1 to Edina in the state tournament quarterfinals. Maple Grove won all three of its games in pool play prior to Saturday’s bracket play, single elimination format. Maple Grove finishes the summer with a 21-4 record.

Hopkins led 3-1 after one inning but Maple Grove scored eight runs in the fourth inning and six more in the sixth inning to eliminate the top-ranked Flyers from the tournament.

Maple Grove (21-3) finished 3-0 in pool play and now advances to single-elimination bracket play where they face Edina in the quarterfinals Saturday morning at Alimagnet Park in Burnsville.

A quarterfinal and semifinal round win Saturday would guarantee a spot for Grove in the Central Plains Regional tournament next week in Rapid City, South Dakota.

Contributions up and down the line up as Krier goes seven innings on the mound with no-decision, allowing only two earned and striking out eleven; Petrie provides the last inning of scoreless relief for the win; Albeck and Kliber provide RBI singles; Vitense helps tie things up in the seventh with a lead-off single; O'Dwyer squeezes in the tying run in the seventh; McMahon gets two hits and scores the game-winning run; and Chayton Fischer provides the walk-off RBI double in the eighth.

Maple Grove Legion (17-3 record, #1 seed in Sub-State 11) bested #8 seed Big Lake 4-3, Wednesday, July 20th. The Crimson walked off Anoka 4-3 in second round action Friday, then shut out Andover 4-0 on Saturday behind a stellar mound effort from Aiden Hansen. Championship game(s) scheduled to begin Sunday at 11am. [All Sub-State 11 Tournament games played at Osseo - click on the picture to the left or the link here to see the entire bracket]

Maple Grove VFW (11-7 in district 7 play) split the first 2 games of their 3-game series with Orono on Monday, July 18. The 3rd and decisive game went Orono's way in 2-0 battle on Tuesday. The Spartans advance in the district 7 playoffs and MG finishes with a record of 15-13 for the summer.

Congratulations to all Crimson Baseball players on a successful and fun season this spring. And good luck to everyone this summer and next year! 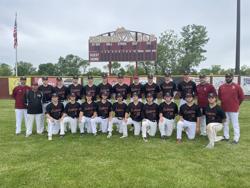 Not the ending we were looking for. But a strong group of young men who worked hard and had fun together this spring. 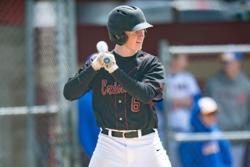 The Crimson got a boost from pitcher Aiden McMahon, making his way back from injury.

It was just his third start of the season and he threw just 79 pitches, right around his limit, but he was just the guy Maple Grove coach Jeff Peterson wanted on the mound in the tournament opener.

“He only has three starts, but he’s our captain and he’s just an absolute bulldog,” Peterson said. “I thought if I’m losing with someone on the mound, I’m losing with him.”

Peterson let McMahon know two days ago via text message that he was getting the call in the quarterfinals.

“He called me a bulldog and said he just knew I was going to get it done,” McMahon said. “I was amped. I didn’t get much sleep, but it was a good moment for me to get that start.”

McMahon gave up a run in the first to St. Louis Park (18-8), then watched as his team put up two runs in each of the second and third innings to take a 4-1 lead off Orioles starter Kristofer Hokenson, the Metro Player of the Year.

After McMahon allowed a run in the fifth, Peterson pulled him, knowing there was plenty of pitching depth in the wings.

McMahon agreed with the decision. “It was probably the right time,” he said. “Third time through the order is tough. We have so many good pitchers on this team, I wasn’t stressing about it at all.”

McMahon expressed gratitude towards his coach for believing in him.

“It showed how much confidence he had in me, to do my best and battle out there,” he said. “I really appreciate him for throwing me out there.” 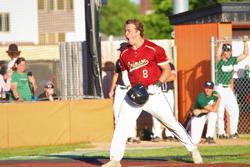 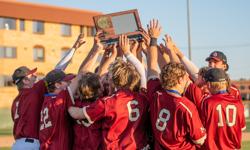 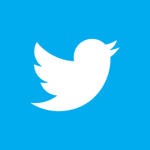 Tuesday night (5/24/2022) we honored our 12 seniors as they played their last regular season home game at Crimson Field.

Some of their favorite baseball memories include winning youth state championships, a nine-inning game against their fellow Storm team, playing with some special teammates, and making a run at a section title. Several of them are off to play college baseball at places like Bismarck State, NIACC, Mankato, UW-Superior, St Scholastica, and Ohio Wesleyan. A couple are off to play football at North Dakota and St John's. And others plan on attending schools from places far to near: Northeastern University, Creighton, North Dakota State, and the University of Minnesota.